We believe that every robust strategy process must look beyond the conventional competitive environment and look at what may disrupt your business arena. DPI has named this competitive force the Stealth Competitor. The Stealth Competitor – or disrupter – has the ability to enter an industry and dramatically change the way the game gets played. The disruption caused by Aldi and Lidl to the UK grocery sector is a very recent example of how the Stealth Competitor has wreaked havoc on an industry.
For the “big 4” (Sainsbury’s, Asda, Tesco and Morrison’s), their Stealth Competitors didn’t even appear on their radar. Let’s take a closer look at how Aldi and Lidl have re-shaped the grocery sandbox and changed the rules of the game:

The rise of the LAD’s (limited assortment discounter): 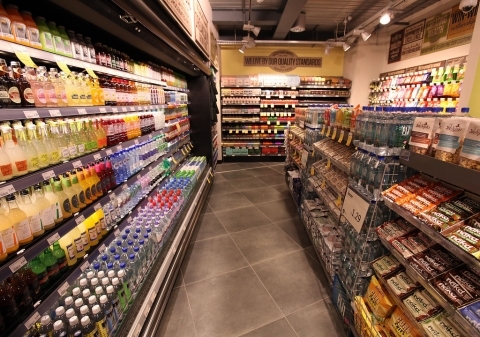 Despite their strong market position, the big 4 have experienced significant declines in recent years. Tesco has dominated the media in recent months with the departure of Chief Executive Phillip Clarke in July. A further investigation into misreported profits has culminated in their Chairman announcing his departure this week. Shoppers meanwhile have started to turn to the LAD’s such as Aldi and Lidl.
Both Aldi and Lidl entered the UK market in the early 1990s and after 2 decades of moderate success, they seem to have finally built a killer proposition that resonates with UK shoppers. This has contributed to stellar growth since 2010. Lidl now has more than 600 stores in the UK and Aldi more than 500. Aldi expects to generate record sales of £7bn this year and Lidl UK expects to enjoy a similar turnover.
Impressively, whilst Aldi’s share of market is still modest, it has managed to reach No 1 in YouGov’s list of favourite brands, overtaking John Lewis and Samsung. It also expects to announce a 25% jump in annual sales when it issues its full-year figures shortly. In comparison, October 2014’s Kantar figures show Tesco’s sales are down 1.5% year on year; Sainsbury’s down 4% and Morrison’s down 4.6%.
How the two Stealth Competitors, Aldi and Lidl have turned the grocery sector upside down:

The big 4 have been playing to one set of rules; providing choice, a multi-channel shopping experience, and customer-focussed add-ons such as loyalty schemes. They have built a price strategy centered around defending themselves from each other. They have invested heavily in price-matching schemes, as a cornerstone of their strategy to compete on price with each other.

Behind the scenes, the discount retailers have been changing the rules in the Grocery Sandbox. They have been truly customer-centric in building their offer. They are reshaping the way we shop, and we like it!
There are several key tenets to their strategy:
1. Becoming “more British”

Their success has partly been the result of a wide-ranging customer review into customer perceptions commissioned in 2010, which showed for instance that shoppers wanted them to become “more British”.

They now source all their fresh meat, milk and eggs from Britain.

The secret to their business model is having a limited range of goods. While Aldi sells 1,500 lines, a Tesco supermarket can sell 40,000. Ronny Gottsclich, the UK boss of Lidl puts it succinctly : “If you [and another customer] don’t know each other, would you like to pay for his choice of a different type of water? If you go to another retailer that has got 20 different types of water, someone has got to pay for that space, someone has got to pay for that rent.”
Whilst breadth of choice is a unique selling point for the big hypermarkets and superstores, not only is the customer paying for this, but to some extent they are bamboozled by it. Sales are declining in the large format stores; there is too much choice. For cash and time-strapped shoppers, the simplicity of Aldi and Lidl is appealing.
3. Capitalising on longer and more short-lived trends

They have also shrewdly cottoned on to trends, such as locally-sourced produce and producing dinner-party show-stoppers at bargain prices. The fashionable and decadent steak of the moment is Wagyu, and Aldi sell Waygu sirloin for just £6.69.
In our sport-obsessed summer, with the Tour de France in Britain, they launched a limited range of high-end bikes and a £65 GPS watch that measured your heartbeat, location, as well as the time.
4. An assurance of quality at the lowest price

Perhaps most importantly, they have seduced the shopper by offering random luxury goods, such as lobster tail and prosecco at incredibly affordable prices. This has created a viral buzz about the new Aldi and Lidl. In addition they carry international lines that have growing appeal. Whether it is extra virgin olive oil, parma ham or mascarpone, the prices are significantly lower than those in both Waitrose or Tesco. They have also recently
introduced fine wines into London stores in a bid to attract more affluent shoppers.
DPI’s Stealth Competitor Process enables leaders to flush out these hidden threats. The LAD’s are becoming seemingly unstoppable. They have changed the game, they are dictating the new rules of engagement in the sandbox. The Big 4 and Waitrose were so busy watching each other they missed the Stealth Competitors. This is a good example of why the DPI Strategic Thinking process includes focus on understanding your sandbox
and the entrant of Stealth Competitors.
Segment Description:
The UK grocery market was worth £174.5bn in the year to April 2014, and is growing at roughly 3% pa. Sales are split as follows:
42% hypermarkets and superstores
20% smaller supermarkets
21% convenience stores
6% discounters such as Aldi and Lidl
4.5% online
Remainder – other retailers
(Source – http://www.igd.com/our-expertise/Retail/retail-outlook/3371/UK-Grocery-Retailing/)
Grocery sales are dominated by the “big 4”: Tesco, Asda, Sainsbury’s and Morrison’s who had a combined market share of 73.6 per cent of the market in the 12 weeks ending 30 March 2014.