Do you have well articulated and thought through Sustainability Strategy in place?

Do you have well articulated and thought through Sustainability Strategy in place?

We found this interesting article on the World Economic Forum:

Bill and Melinda Gates said a simple pie chart in a newspaper breaking down the major causes of death among children forced them to ramp up their philanthropic effort. Bill Gates remarked, “If you show people the problems and you show them the solutions they will be moved to act.”

Last week, two research papers unambiguously identify the key priorities to reduce global systemic risk and ensure long-term prosperity. The first tracks the “Great Acceleration” in human growth and activity largely since the 1950s. The other, by myself and 17 international colleagues, identifies nine planetary boundaries and calculates that Earth has now transgressed four. Our global civilization is now in a danger zone. It would be prudent to pull back from the brink. 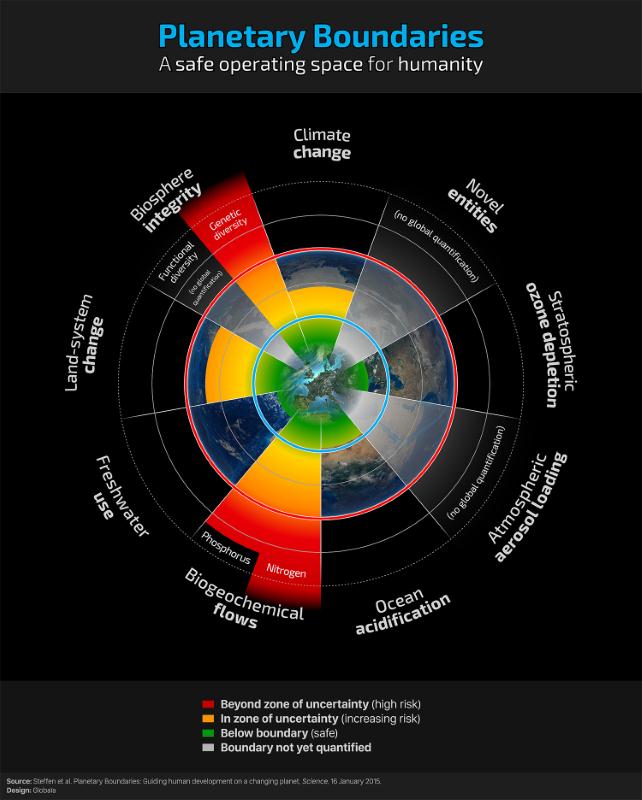 The best science indicates that we can do just that, and political momentum is growing at an astonishing rate. A year ago it was easier to imagine a global catastrophe than it was to imagine the level of cooperation required to seal an ambitious climate deal in 2015. But recent US and China leadership has changed all that. And business leaders, from Unilever’s Paul Polman and IKEA’s Peter Agnefjäll, accept that companies must share a new responsibility for finding solutions for a planet under pressure.

This is the new global context.

Respecting the planet’s climate boundary translates to limiting carbon emissions. This remaining carbon budget needs to be shared fairly. Decarbonising the global economy in a matter of decades is the number one priority. This will require a global price on carbon. Sweden’s carbon tax of about $100 per tonne, introduced in 1991, has made polluting expensive, leading to lower emissions while the economy flourished. We need $1,5 trillion in capital investment for renewables and everyone will benefit from energy efficiency measures.

If all this seems like a distant dream, Copenhagen has pledged to become the first carbon neutral capital by 2025. The spin off is happier, healthier citizens. And looking eastward, China’s massive investment in renewables is set to drive a transformation in energy supply.

The Ozone Hole above Antarctica is stabilizing. The global ban on harmful CFCs is one of the greatest success stories in the history of international politics.

We are losing biodiversity at mass extinction rates. It’s not that odd species are disappearing: whole habitats are being destroyed by rapid development, mainly agriculture. We have reached a point where we need to halt the loss of biodiversity and safeguard the remaining terrestrial and marine ecosystems on Earth. We need to do more on land and reduce pressures on waterways and the marine environment. This means smart intensification, for example integrated aquaculture systems where three products such as algae, mussels and fish, are produced together. Moreover, innovative engineering and agricultural solutions will be driven by embedding planetary boundaries thinking in our education systems.

Satellites and new online tools allow anyone to track deforestation almost anywhere on the globe. Linking these tools to enforcement is the next step to protecting the remaining large forests. Of course this is not enough. Big businesses and their supply chains must do more to prevent destruction. In 2014, Unilever, which buys 3% of world’s palm oil supply annually,  announced that it would only buy palm oil traceable to known sources. More companies need to adopt this level of progressive leadership.

Nitrogen and phosphorus pollution, mainly from fertilizer overuse in farming and sewage, creates unnecessary and massive dead zones around the world’s coasts every year. Yet Africa and parts of Asia do not have enough fertilizers, contributing to human suffering.

New technologies delivering fertilizer with pin-point accuracy are part of the “double green revolution” in farming.

Focusing innovation and investment in the water-food-energy nexus will reap significant rewards and pull humanity back from the brink. Agriculture accounts for 70% of our freshwater use  from rivers and groundwater. While we remain within the freshwater boundary globally, it is a different picture regionally. However, innovations such as water harvesting, drip irrigation, and zero tillage systems can raise water productivity by more than 50% in the food system.

For many years scientists thought the ocean was simply too big for humans to significantly impact. Then they noticed its pH was changing rapidly as a result of fossil fuel emissions. Combined with ocean warming, eutrophication (pollution mainly through fertilizers) and overfishing, this is putting enormous pressure on ocean ecosystems. The good news is that rapid decarbonization of the global economy will help solve this problem too.

Beijing is choking. And it is not alone. One in eight deaths globally is due to air pollution. Air pollution is not a necessary evil. With the right technologies and policies it is almost entirely avoidable. The benefits are twofold: healthy lives and a healthy planet because polluting aerosols – tiny particles in the atmosphere from human emissions – affect climate too.

We need a cooking stove revolution to reduce indoor air pollution and we need policy incentives to outlaw polluting industries and avoid forest fires and agricultural burning. Cities are the action arm of civilization. A social revolution tackling aerosol pollution could eliminate this threat quickly – a decade in places.

In the 1920s, the market wanted safe, reliable chemicals for refrigerators and air conditioners. CFCs seemed ideal. But decades later it was discovered they destroyed ozone in the upper atmosphere. Not good for life on Earth.  From nanoparticles to genetic modification, our ability to create new substances, and now modify life, may create unwanted geophysical and biological effects. The issue is the speed at which innovations propagate in our globally interconnected system and the scale of impact when multiplied for use by billions of people. The precautionary principle has never been so important. The stakes are too high.

Finally and above all, we need to marry people and planet, policy and business. Global political leadership is needed that regulates the boundaries for a resilient planet to create a safe operating space within which the world can thrive.